Last throw at the salmon

The plan for the last weekend of the salmon season, was to fish the upper Ribble on Saturday and fish with Jon on Sunday lower down at Ribchester.

I arrived at Sawley, Saturday morning and one of our members reported that Friday afternoon saw the river alive with fish but this morning he hadn’t seen one, I fished through a number of pools and as the day went on I saw more and more fish myself, until it seemed like a repeat of his account with fish showing everywhere. I had a fish on briefly but it didn’t stick and coming away I planned to return early doors Sunday before heading off to meet Jon. 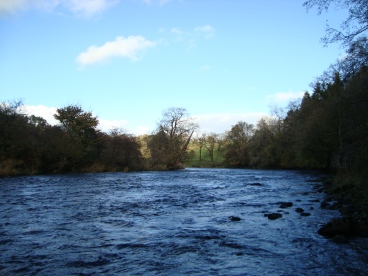 Late afternoon  on the upper Ribble

I was first member in the car park Sunday and watched an otter fish a pool by the roadside before marching up to Skirden Pool where I lost the fish yesterday. The river carried on where it left off with fish bouncing out everywhere. I fished through the pool with a small shrimp pattern and covered a number of fish but no joy, so on my second run through switched up a size but they weren’t having it. Third and final run through I switched up to a big badass tube fly and having seen a fish show at the tail and having no-one following me down the pool,  I covered it for about seven casts and must have annoyed it enough to take. 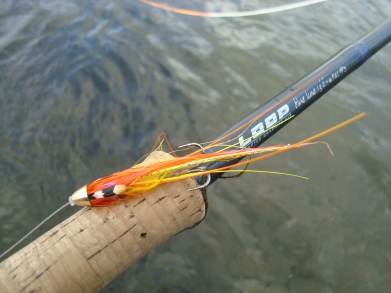 Straight away I could see it was a coloured big old cock fish…. if you are going to catch coloured fish, these take some beating,  they fight to the last and they are a very impressive fish to look at, to me at any rate but to some I’m a poor judge as I used to fish for Wels catfish. I always seemed to have the upper hand for the ensuing battle and grassed him, took at few photos and got him back on his way as soon as he’d got his breath back. It taped out at 37 &1/4 inches which on the Atlantic salmon Federation length/weight chart comes out in the region of 18lbs. 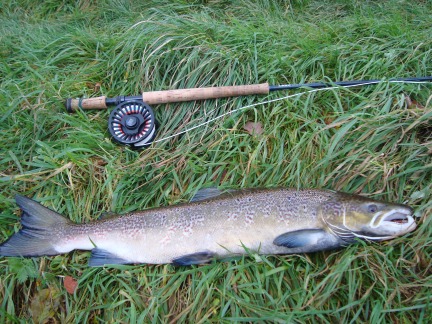 I decided that I should finish on a high so I made that my last cast of the season, and so I nipped off the fly, wound in and called it a year. I called in at Ribchester and went down for a natter with Jon. It seemed that the majority of fish where now well and truly up the system as Jon hadn’t seen a fish and it vindicated my choice to fish higher up.

All in all not a bad end to the season, the common consensus is that despite my doom and gloom earlier in the year, a good number of fish came through. They seemed to sit downstream during September’s low water and raced through as soon as we got some rain.